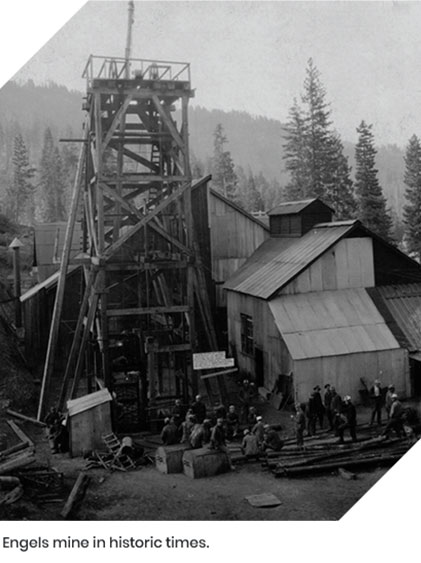 “We are focused on bringing this strategically located historic mine back into production.” 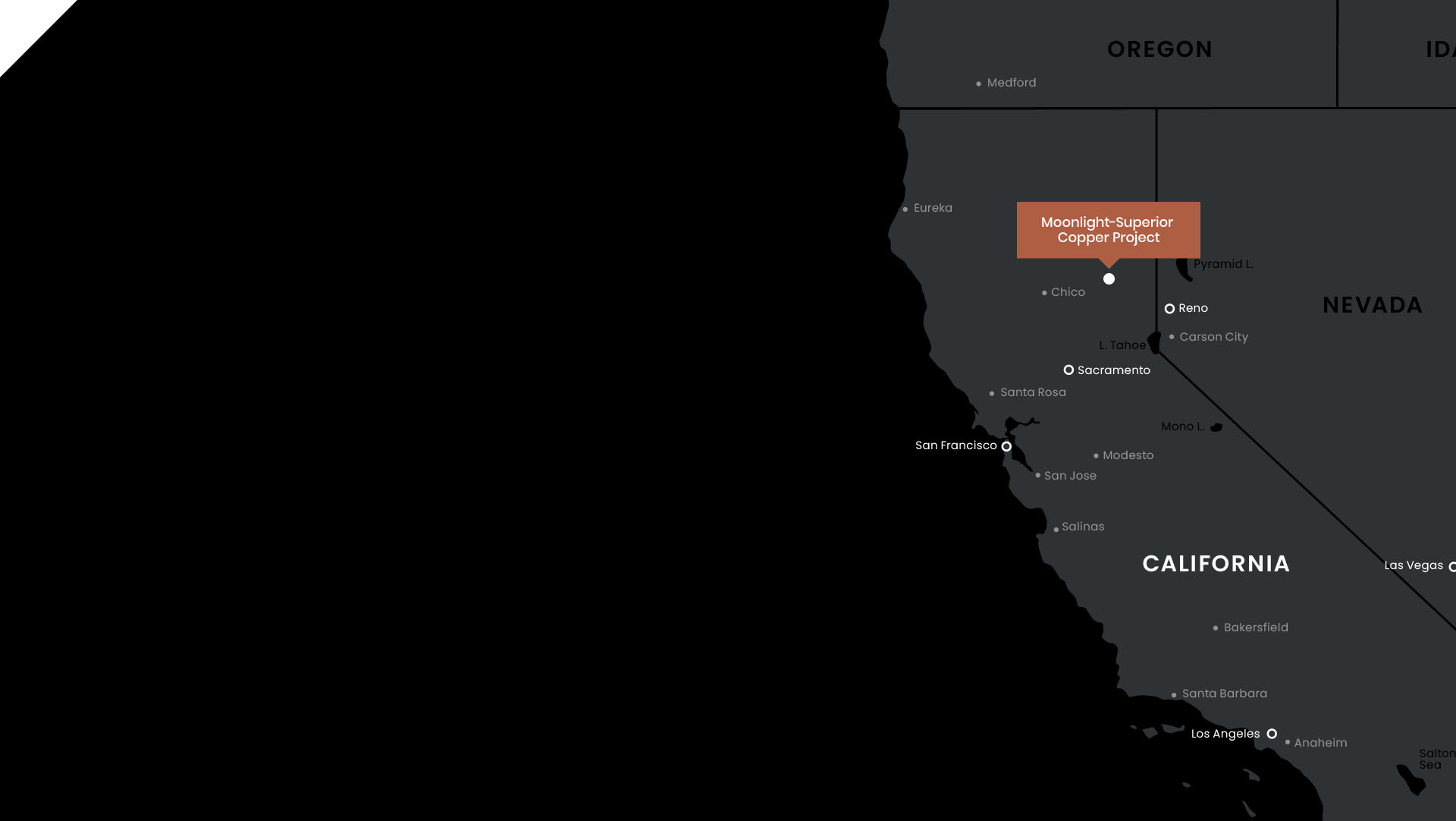 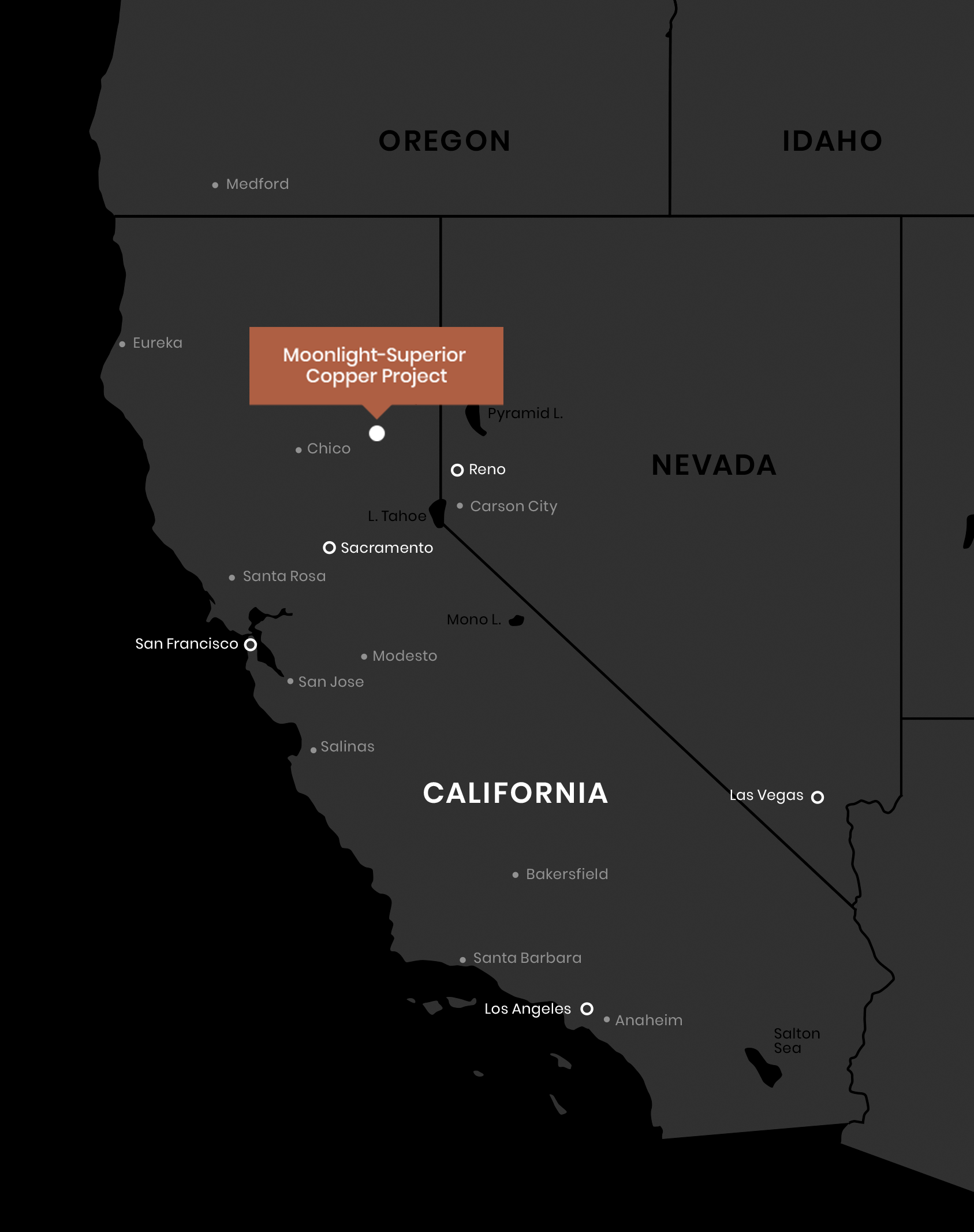 The Project also includes the Superior deposit with an NI 43-101 mineral resources of 54 million tonnes at 0.41% copper.3 Placer-Amex identified an historical estimate of 19 million tons at 0.63% copper sulfide at the Engels deposit in 1967.2 Drill programs are planned for both of these deposits in 2021 (see “Proposed Work Program” below). Neither of these deposits were included in the Moonlight PEA.

3. “Technical Report and Resource Estimate for the Superior Project, Plumas County, California” prepared by William F. Tanaka with an effective date of November 15, 2013.

Copper was discovered at Lights Creek in 1883, and it was mined on a large scale from 1915 until 1930. Reported production from the Engels and Superior mines was approximately 161 million pounds of copper, 23,000 ounces of gold and 1.9 million ounces of silver recovered from 4.7 million tons of ore containing 2.2% copper. Gold and silver credits represented almost 20% of mined value at current commodity prices.

Placer-Amex owned the property from 1960 to 1994, drilling over 400 holes and estimating a resource (non NI:43-101 compliant) of 4 billion pounds of copper.1 They sold the project to focus on their gold portfolio. The project was then owned by a number of junior mining companies from 1994 to 2011, during which time, 87 holes were drilled totaling 28,884 feet and an initial NI 43-101 resource was defined at the Moonlight deposit of 1.5 billion pounds of copper.

The Company acquired 132 unpatented claims and a lease with an option to purchase 36 patents covering the Superior and Engels mines in June 2013. A NI 43-101 resource of 54 million tonnes at 0.41% copper for 488 million pounds of copper was calculated for the Superior deposit in November 2013. A NI 43-101 resource for the Engels deposit was estimated at 2.5 million tonnes at 1.05% copper oxide for 58 million pounds of copper. 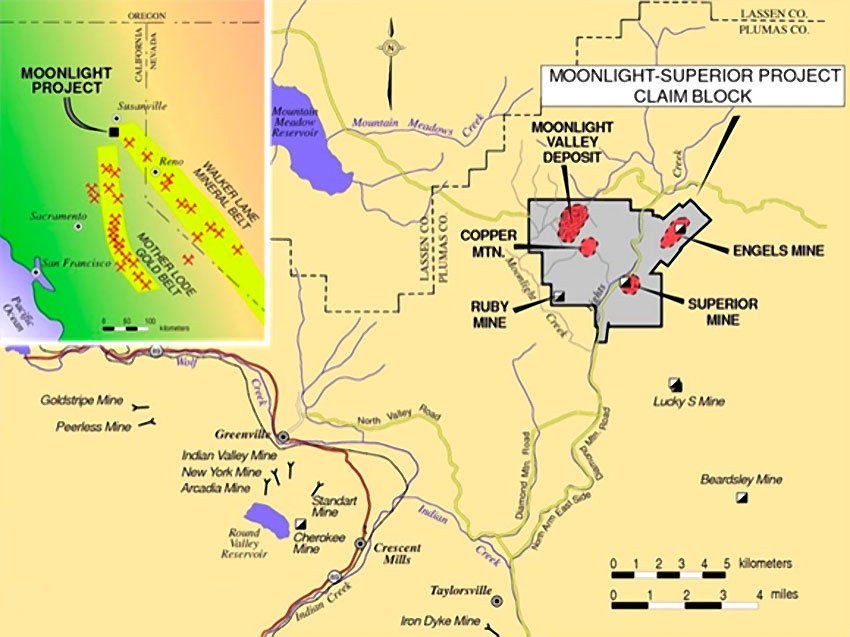 Moonlight Mineral Resources as of December 15, 2017:

In March 2018, the Company announced the results of the Preliminary Economic Assessment (PEA) completed by Tetra Tech, on the Moonlight Copper Project. The study only focused on the Moonlight deposit and does not factor in the other two deposits (Superior and Engels) or the several untested exploration targets on the Company’s property. The PEA also treated the oxide copper at Moonlight as “waste rock” and Placer-Amex estimated 12 million tons at 0.54% copper (non-compliant, historic estimate1). Gold revenue was also excluded from the economic analysis since assay data density was insufficient. Gold credits could potentially improve project economics.

At Superior, the Company is twinning four strategic historical drill holes, all located within the defined inferred resource, in order to: 1) verify historic copper assays; 2) intersect and confirm high grade copper-silver vein and breccia zones; and 3) assay for a full geochemical suite of elements (includes gold & silver), which has never been done. Placer-Amex did not analyze individual drill core samples for silver and gold. 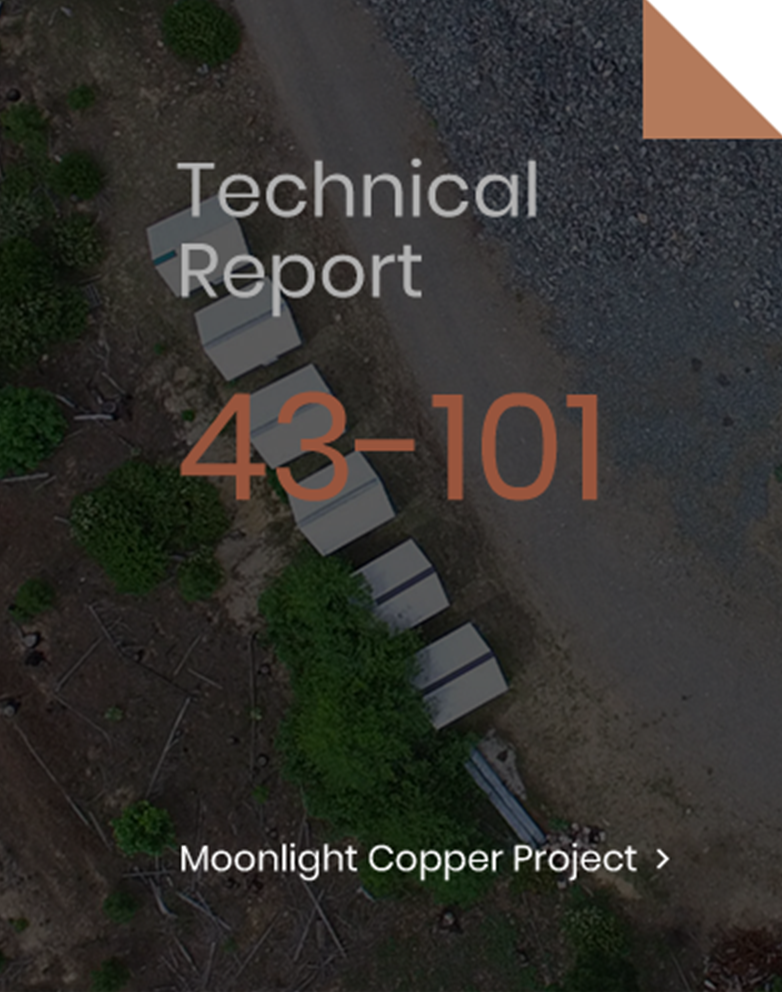 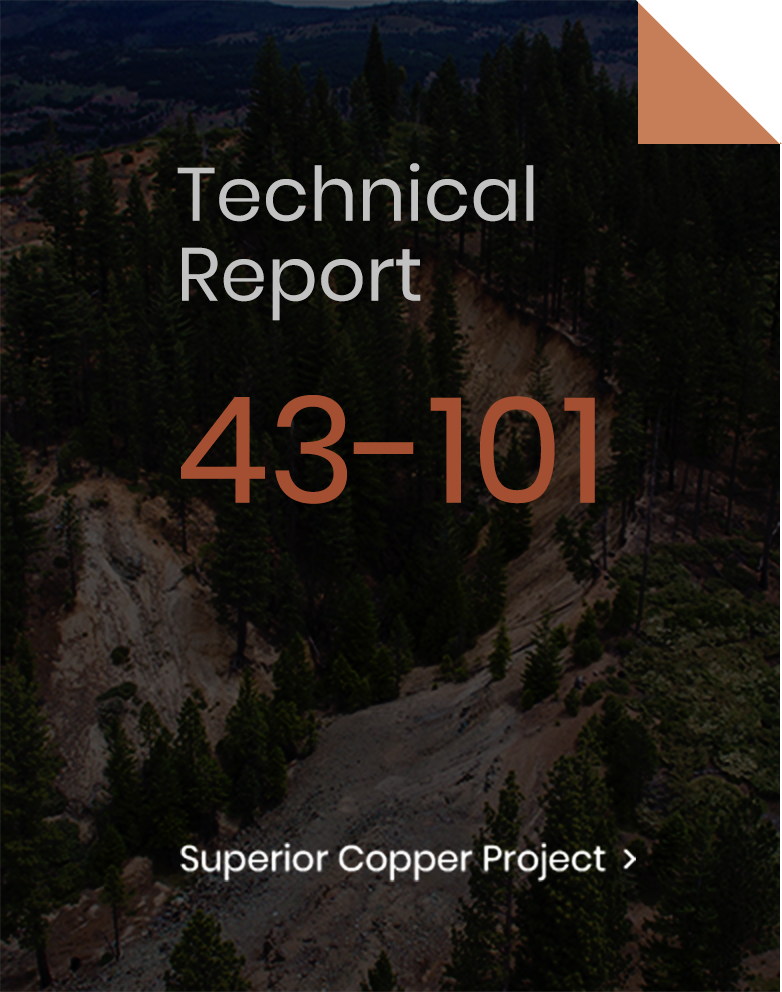 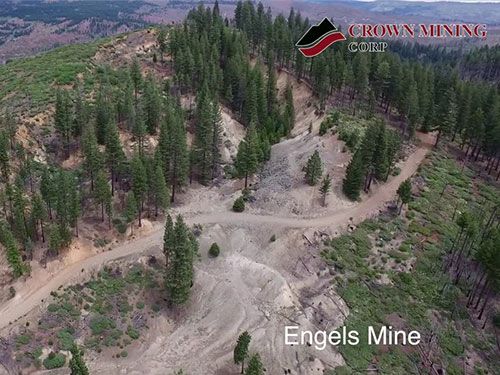 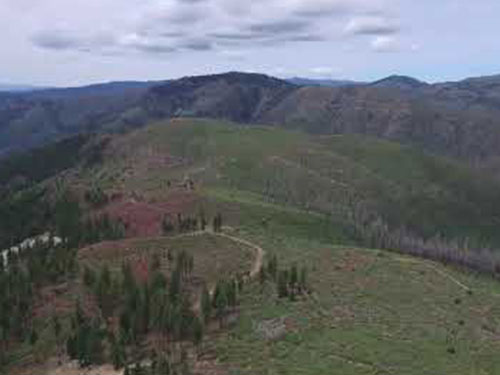 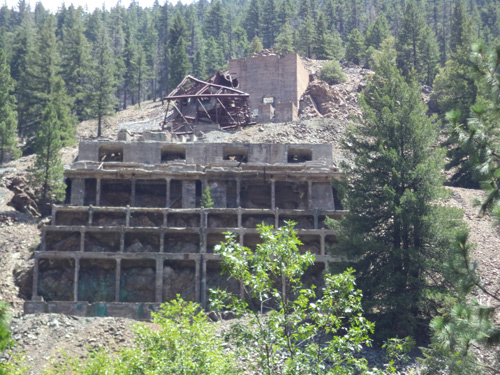 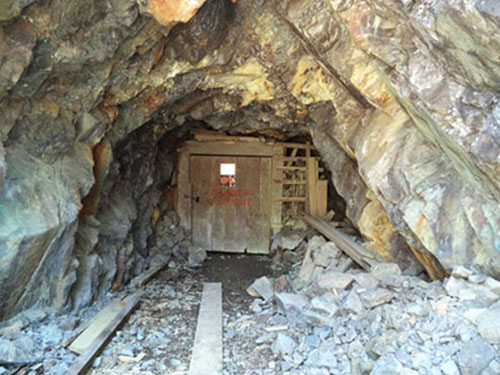 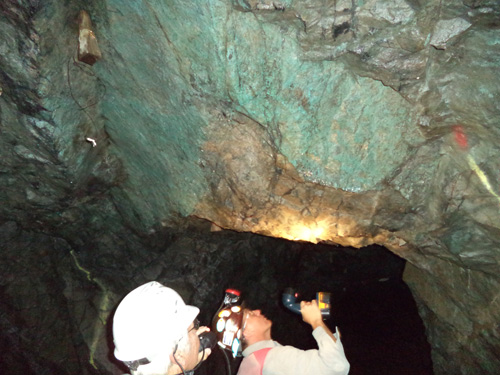 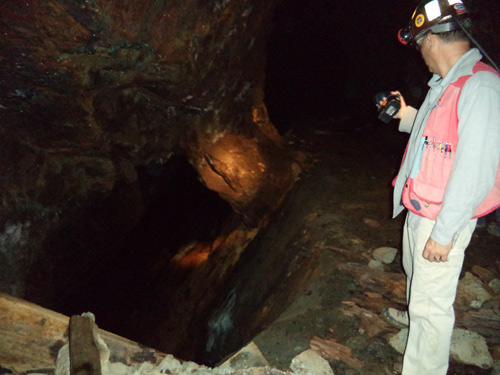 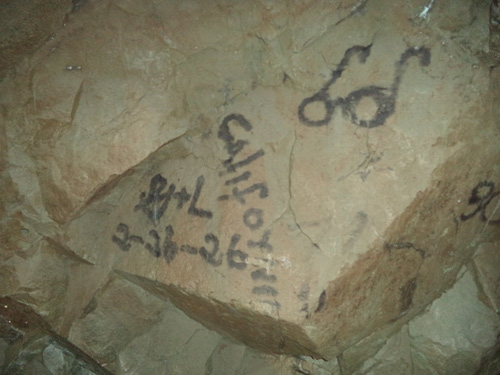 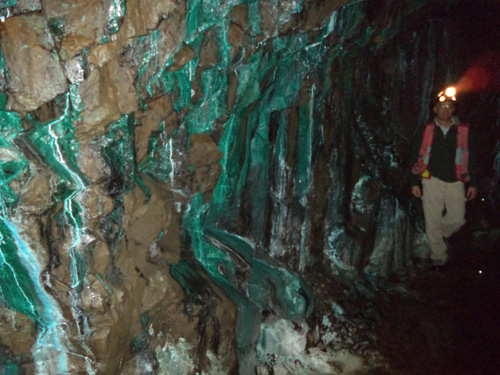 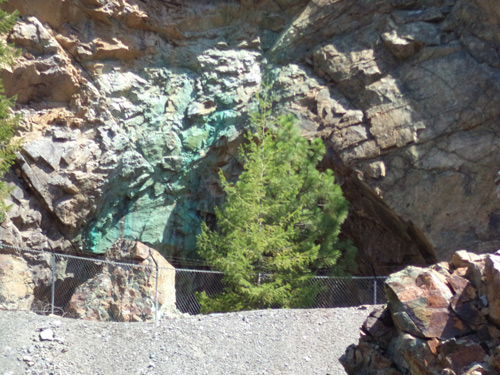 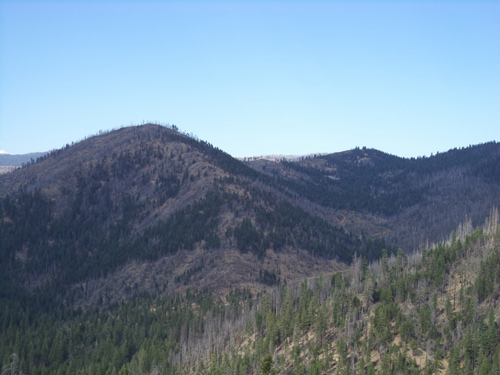 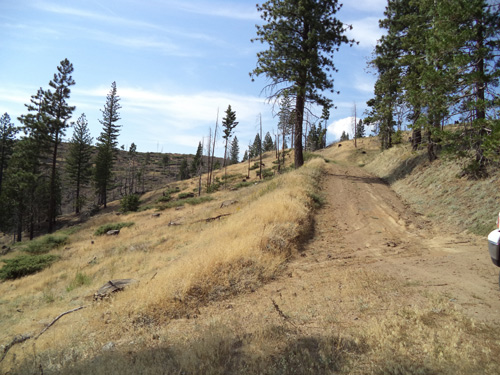 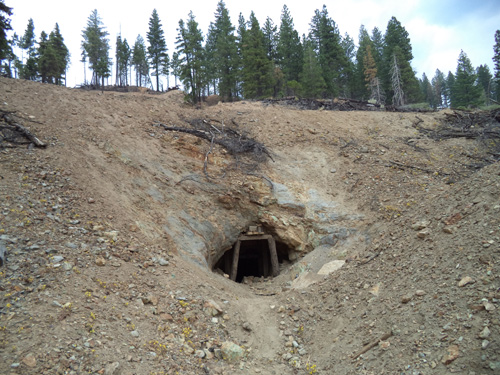