Toronto, Ontario–(Newsfile Corp. – August 11, 2020) – Crown Mining Corp. (TSXV: CWM) (FSE: C73) (“Crown” or the “Company“) is pleased to announce the results of a comprehensive review of historical exploration data on the Company’s flagship Moonlight-Superior Copper Project in Plumas County, California. The review focused on the Superior copper deposit, with the objective of generating drill targets to assess the potential for well-developed high-grade vein and breccia hosted mineralization with silver and gold credits which could improve the overall scope of Moonlight-Superior Copper Project.

Stephen Dunn, Chief Executive Officer, commented: “Crown has always considered the Moonlight-Superior IOCG and Porphyry Project area as a Tier-1 copper exploration district, and the Team’s analysis of historic data confirms that potential. We are highly encouraged by the findings of this data review, which identifies substantial exploration potential in and around the Superior project area. Exploration data confirms high-grade copper mineralization with associated high-grade silver, which has not been evaluated. Underground rock-chip channel assays show significant silver is associated with the copper mineralization, the implications of this could be significant with respect to the overall project potential.”

DETAILS OF THE DATA REVIEW AT THE MOONLIGHT SUPERIOR COPPER PROJECT

A detailed review of historic surface and drilling data was undertaken to assess the base and precious metal potential at the Company’s Superior Copper Project, located 3.5km southeast of Moonlight and 3.5km southwest of the Engels copper deposits.

Reported production from the Engels and Superior mines was approximately 160 million pounds of copper, 23,000 ounces of gold and 1.9 million ounces of silver recovered from 4.7 million short tons of ore between 1914 and 1930. Placer Amex explored the property from 1960-1972, drilling over 400 holes and completing significant surface mapping and sampling. There are about 2 million tons of sand tailings about 5000 feet downstream from the historic mill site at Superior.

A 250 feet by 250 feet soil grid covers the project area, with more than 4000 soils collected at Superior. Soils have defined an impressive copper in soil anomaly that covers 280-hectares, contoured using a threshold of 600ppm copper. Within the contours of this 600ppm copper anomaly is a +1200ppm copper anomaly that covers 180-hectares. This anomaly has only been partially explored, with historic drill holes testing only 70-hectares of the 280-hectare copper in soil anomaly.

An aggressive program of underground sampling was undertaken in the old Superior mine from 2007 – 2009, with a total 151 rock chip-channel and select grab samples collected. Mr. Robert Wetzel, a California registered Professional Geologist, oversaw the systematic and continuous sampling along ribs of the underground workings. Rock descriptions indicate mineralization comprises chalcopyrite and bornite, occurring in veins, as coarse blebs and as disseminated grains (Figure 1). Minimal pyrite was observed, but tourmaline, magnetite and specular hematite commonly occur in association with the copper species. The chip-sampling program identified at least ten high-grade vein and breccia-like structures, which historic mining focused on. The high-grade vein and breccia zones are estimated at between 30-100 feet in width, which is based on results of the underground sampling and historic mined stope widths. These high-grade structural zones appear to strike north-south and dip moderate to steeply east, with some veins reported to be sub-horizontal.

True widths are interpreted to be between 60-90% of the reported lengths, unless otherwise stated.

With respect to drilling, Amex completed 96 diamond drill holes totaling approximately 16,470 meters at the Superior deposit between 1964 and 1967. The most common drill core size that explorers drill and sample in North America today is NQ and HQ sized, however all drilling at Superior was done in BQ size core. BQ core is smaller in diameter (1.43 inches) and hence half core samples provide a sample size less adequate for testing. HQ (2.50 inches) or NQ (1.875 inches) are the preferred core size when drilling out porphyry and IOCG style deposits, a larger core diameter that provides a larger sample size and hence more reliable assay data.

It should be noted that the average hole depth at Superior is only 525 feet (160m) in length, and many holes bottomed in copper mineralization. With respect historic drilling at Superior, all samples were analyzed for copper, but there are very few assays for silver, gold, molybdenum etc. A review of historic drill assays confirms the same style of high-grade copper mineralization was intersected in drill holes, summarized in Table 2.

To view an enhanced version of this graphic, please visit:
https://orders.newsfilecorp.com/files/1768/61470_capture.jpg

True widths are interpreted to be between 60-90% of the reported lengths, unless otherwise stated.

The Moonlight PEA, prepared by Tetra Tech Inc., had the following highlights:

The Superior deposit is not included in the Moonlight PEA and it hosts a current NI 43-101 inferred mineral resource of 57 million metric tonnes at an average copper grade of 0.41%. Note no silver or gold were included as part of this resource.

Please note the PEA is preliminary in nature and includes inferred mineral resources that are considered too speculative geologically to have the economic considerations applied to them that would enable them to be categorized as mineral reserves. Furthermore, there is no certainty that the preliminary economic assessment will be realized. Mineral resources that are not mineral reserves do not have demonstrated economic viability. Readers are encouraged to read the technical report.

Further details of the PEA and the resources on Crown’s property and the parameters used to calculate them can be found in the “Technical Report and Preliminary Economic Assessment for the Moonlight Deposit, Moonlight-Superior Copper Project, California, USA” dated April 12, 2018 on both the company’s website at www.crownminingcorp.com or on www.sedar.com under the Crown Mining Corp. profile.

For more information please see the Crown website at www.crownminingcorp.com.

To view the source version of this press release, please visit https://www.newsfilecorp.com/release/61470 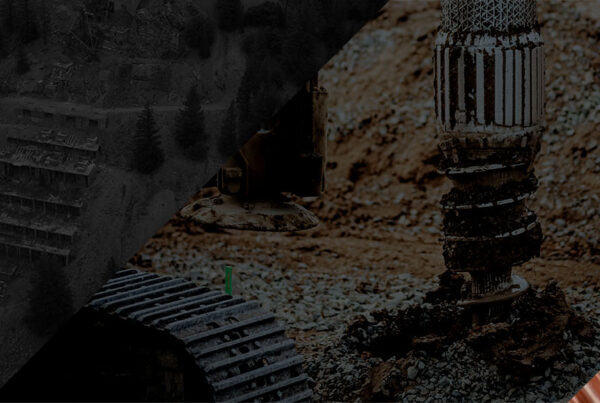